Census 2020: History of the Census

Quick Facts on the First Census

The data results of the 1790 Census showed: 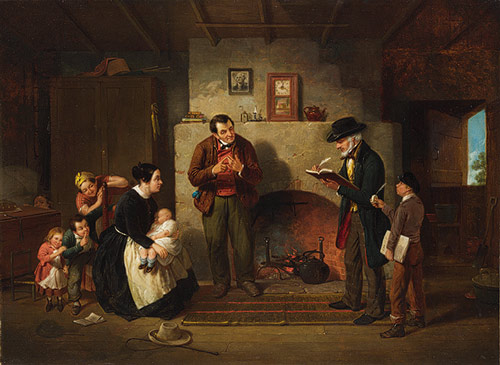 From 1790 to 1840, US marshals only listed the name of the head of each household followed by a numeric listing of the home's other residents
by age and sex. Beginning in 1850, marshals (like the one depicted in Francis William Edmonds' 1854 painting, "Taking the Census") listed the name of every person living within the home along with their demographic information. - Courtesy of the US Census