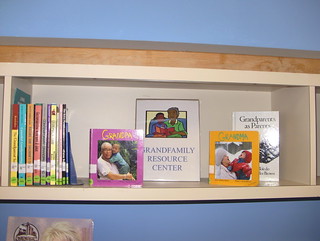 The latest census data indicates there are over 2.6 million children in the United States are being raised solely by their grandparents or other relatives. This is nearly two million more than in 1998, when there were 888,000 grandparent-headed families without parents present.

Many relative caregivers do not seek adoption because the process may be disruptive to their family and create animosity among family members. However, opting for less permanent, or informal, arrangements may limit their rights as the child's primary caregiver.

Some of the issues that these caregivers may be coping with include: financial difficulties, legal issues, a child's exposure to potentially harmful and high-risk behaviors, their own or a child's health problems, lifestyle issues, distance from social resources, isolation from other family members, and trauma that precipitated their role as a caregiver. The stress of caring for young children, accompanied by their own health difficulties, can be overwhelming for many older grandparents and relatives, resulting in a variety of stress-related illnesses. The number of children in households maintained by grandparents with their mothers increased 118 percent from 1970 to 1997.

Factors that account for the increase in grandparents and other relatives raising children: death of a parent, child abuse and/or neglect, abandonment, teenage pregnancy, alcohol and drug abuse, medical problems including HIV/AIDS and mental health problems, unemployment, incarceration, divorce, family violence, and poverty.

Grandparent caregivers are 60 percent more likely to live in poverty than are grandparents not raising grandchildren. In 1992, 78 percent of grandparents providing a home for their grandchildren faced financial hardship and 52 percent did not have the resources to meet their needs.

In South Carolina, the figures reflect a growing part of the population: best estimates are over 100,000 children living in Grandparent headed households—between 2-5% of the total population and 9% of the child population. The counties with the highest number of grandparents raising grandchildren include Richland, Charleston, Spartanburg, Anderson, Aiken, Orangeburg and Sumter.

For more details, please visit the links below: